Pop in for a chat

Holidays to India, with Escape Worldwide 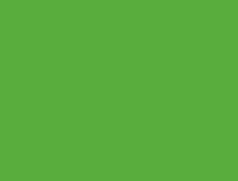 Combine North and South - stat with Delhi and Agra includingthe Taj mahal, followed by the Rajasthani cities of Jaipur, Jodhpur and Udaipur. Then head south to Kerala taking in Cochin, the Backwaters and the beach.

Fly from Heathrow to Delhi, arriving the next day. Other departure points including Gatwick, Birmingham, Manchester, Newcastle and Glasgow are also available.

Welcomed by your representative at the airport and transferred to your hotel. Later, visit Old Delhi and New Delhi, starting at Jama Masjid, the largest mosque in India. Here you will also enjoy Rickshaw Ride in narrow lanes of Chandni Chowk, once an imperial avenue of Mughal Royalty which today is the busiest commercial market of City. Drive past from the magnificent Red Fort, a marvel in red sandstone, built on the banks of River Yamuna by the Mughal emperor Shah Jahan. Continue visiting New Delhi - make a photo stop at the India Gate (war memorial dedicated to the lives of the Indian soldiers), and drive past Government buildings such as Rashtrapati Bhawan (the President's house) - formerly the Viceroy's Palace, Parliament House and the Secretariat Buildings, an interesting blend of the Victorian and 20th century architecture. Visit Agrasen Ki Baoli Stepwell and The Bangla Sahib Sikh Temple. Overnight at your chosen hotel.

Drive from Delhi to Agra (approx 220 km / 4 hours). Two great Mughal monarchs, Akbar and Shah Jahan, transformed the little village of Agra into a befitting second capital of the Mughal Empire, giving it the name Dar-ul-Khilafat - seat of the Emperor. Today, a visitor to Agra is caught up in a world of contrasting edifices of red sandstone and white marble, narrow lanes and quaint buggies, and that irresistible charm that this favourite city of the Mughals still retains. It is not surprising that modern Agra still reflects its Mughal heritage most conspicuously. In the late afternoon visit Mehtab Gardens for a spectacular view of the Taj Mahal, from across the River Yamuna. Overnight at your chosen hotel.

In the early morning visit the mesmerizing Taj Mahal - a UNESCO World heritage site. The 17th century Taj Mahal is often called a poem in stone. If so, the mausoleum is a love poem, created by Mughal Emperor Shah Jahan for his favourite wife Mumtaz Mahal. It took 22 years to be completed and was designed and planned by a Persian architect Ustad Isa. Apart from its stunning design balance and perfect symmetry, the Taj is also noted for its elegant domes, intricately carved screens and some of the best inlay work ever seen. It is the jewel of Muslim art in India and one of the universally admired masterpieces of the world's heritage (Please note: Taj Mahal remains closed on Friday).

Visit Agra Fort, a UNESCO World heritage site. An imposing structure with walls of red sandstone, almost two miles long and contains palaces, audience halls and mosques. The fort presents a good sampling of Islamic and Hindu architectural styles. It was built by the third Mughal Emperor, Akbar. Subsequent additions were made to the fort by his son Jahangir and grandson Shahjahan. Continue your journey to Jaipur (approx 260 km / 5 hours). Overnight at your hotel.

Jaipur, or the City of Victory, was founded in 1727 by Maharaja Sawai Jai Singh II and is a well planned city of magnificent palaces and building. Built from rose-coloured terra cotta, it has given it the name 'Pink City'. Nowadays the Capital of Rajasthan with a population of over 1 million, it is a city full of contrasts with bazaars teeming with turbaned elders and jean clad youngsters to camels, horses and a multitude of vehicles. Visit Amber Fort, superbly located and protected by wild Aravali Hills on all sides. Originally built in the 11th Century, it was extended by Raja Mansingh I in the late 16th Century. Its history can be traced backed to the 12th century.

Visit a local school, interact with kids and perhaps do some charitable work. Later visit the City Palace and the Hawa Mahal. The sprawling City Palace was an integral part of Raja Sawai Jai Singh II’s new city of Jaipur. Today it is a museum that displays some of the finest collection of paintings, costumes, carpets and armoury of that period. Nearby is the ornate Hawa Mahal (Palace of Winds). It is a delightfully idiosyncratic five-tier composition of arches and balconies. The opportunity to wander about a local market famous for cotton. Overnight at your hotel.

Today we proceed for Jodhpur. Dominated by the spectacular Mehrangarh Fort, Jodhpur city is a mass of sky blue coloured cubed houses set against a desert setting. Traditionally blue signified the home of a Brahmin but nowadays anyone can paint their home blue; additionally the colour allegedly is said to repel insects. Rao Jodha founded the Rathore Dynasty in Jodhpur in 1459 AD and the kingdom of Marwar flourished due to its strategic location on the trade route between Delhi and the Middle East. Sandalwood, dates, copper, cattle, camels and salt passed through the City over the centuries. As a legacy of its glorious past, Jodhpur boasts some stunning palaces, forts and temples. On arrival, check-in at your hotel. Rest of the day is at leisure. Overnight at your hotel in Jodhpur (vehicle for transfer).

After a leisurely breakfast proceed for sightseeing of Jodhpur. Visit Meherangarh Fort, which is one of the most majestic forts in Rajasthan riding sheer out of a 125 metre high rock and spreading over five kilometres. Inside, the palace hewn from red sandstone with finely latticed windows, brilliantly coloured glass panes and flamboyantly decorated interiors gives a vivid recreation of princely life in Rajasthan. The Royal apartments additionally house an outstanding museum including a rich collection of palanquins, howdahs, miniature paintings, folk music instruments, costumes and impressive armoury. On the way back from the fort stop to visit Jaswant Thada, the graceful marble cenotaph of Maharaja Jaswant Singh II. His son Maharaja Sardar Singh built this monument known as the Taj Mahal of Marwar in the memory of Maharaj Jaswant Singh II of Jodhpur. The main memorial has been built like a temple with intricately carved marble stone. A visit to this structure is through the rocky hills giving it a secluded and a mystic aura.

In the afternoon explore the local Jodhpur market.  See an old stepwell in the city.    Return to your hotel. Rest of the day at leisure. Overnight at your hotel in Jodhpur (vehicle for sightseeing).

Today we proceed for Udaipur. En route visit Ranakpur, where beautifully sculptured Jain temples mark the glory of this renowned place. Considered as one of the five holy places for the Jain community, these were created in the 15th century during the reign of Rana Kumbha. The temple is an astounding creation of architectural splendour with 29 halls and 1,444 pillars all distinctly carved, no two pillars being alike. Every hall of the temple has inconceivable surfaces carved with equal delicacy. Another temple worth visiting is the nearby 'Sun Temple' dedicated to the 'Sun God'. The temple has a polygonal wall, richly embellished with carvings of warriors, horses and celestial (Nakshatras, grahs) bodies.

Continue with your drive to Udaipur. Regarded by many as the most romantic city in India, Udaipur is an enchanting image of white marble palaces, placid blue lakes and green hills. It is an oasis of colour in a stark and arid region. The city is dominated by the massive City Palace overlooking Lake Pichola with its white washed palaces, picturesque havelis, ghats and temples along the lake front. The lively bazaars of the old city and a relaxing atmosphere make a visit to Udaipur one of North India’s greatest highlights & perfect for wandering around.  On arrival, check-in at your hotel. Rest of the day at leisure. Overnight at your hotel in Udaipur (vehicle for transfer).

Today spend the day on a sightseeing tour of Udaipur, starting with the City Palace. The entrance to the City Palace complex is through the 'Hathi Pol' (elephant gate) along the main street of the old city, past the Jagdish Temple. The paintings, mosaics, intricately carved 'Chhatries' and the architecturally brilliant façade all contribute to making a visit to the City Palace a truly memorable experience. We will also visit the lovely Sahelion-ki-Bari, the garden of the maids of honour that was constructed for forty-eight young ladies in waiting who were sent to the royal house as a part of a lavish dowry. Later we'll go on a boat ride on the placid waters of Lake Pichola (subject to water levels). From the beautifully decorated boat you will be able to view the city of Udaipur as it rises majestically above the lake. Transfer back to your hotel. Overnight at your hotel in Udaipur (vehicle for sightseeing).

Day 10 – Delhi
Transfer to the airport to board your onward flight back to Delhi.

Overnight at your hotel in Delhi

Day 11 – Cochin
Transfer to the airport to board your onward flight to Cochin (Kochi), via Mumbai. You’ll be welcomed on arrival at Cochin airport and transferred to your hotel. Kochi, as it is called now, offers you the best of history and culture anywhere in the state. A port town since early centuries Cochin attracted traders and invaders from the world over. One can see snippets of the different eras and influences in the many attractions in Cochin. The place is broadly divided into two areas – Ernakulam, which is a bustling cosmopolitan metropolis, and Fort Cochin, which is the cultural hub where many of the hotels are located. Step out of your hotel and you are within walking distance of other attractions like the Chinese fishing nets, said to have been left behind by Chinese traders in the 15th century. In the evening you can go for a relaxing sunset cruise. Overnight at your hotel (vehicle at disposal).

Today you can go for a sightseeing tour to explore the many fascinating highlights of Cochin which include the Dutch Palace, the Spice market and the 15th century Chinese fishing nets believed to have been brought by Chinese traders.

In the evening, visit the GRENIX Theatre to watch the famous dance drama of Kerala, the Kathakali. This dance is characterised by some great story telling, amazing costumes and extensive make-up. Overnight at your hotel (vehicle at disposal).

Drive to Alleppey to embark on your private houseboat and cruise on the Backwaters, a splendid area full of canals, lakes and coves. Your houseboats or ‘Kettuvalloms’ are luxurious boats with well-appointed bedrooms and ensuite bathrooms. Apart from the mesmerizing surroundings, it’s the life along the coast that adds a touch of exotica to this experience.

The locals’ travel in canoes and you will find vegetable sellers, fishermen and other traders bringing household goods, door to door in small wooden boats. Overnight on board (Full Board) (vehicle for Transfer).

Drive to Kovalam, one of the most popular beach destinations in Kerala and check in to your hotel. Kovalam consists of three adjacent crescent beaches separated by rocky headlands, of which the southernmost Lighthouse beach is the most famous. The Azure waters and favourable climate make Kovalam a favourite year-round destination for beach lovers. Overnight at your hotel (vehicle for transfers).

Days at leisure on the beach. Overnight at your hotel (no vehicle).

Departure transfer to Trivandrum airport for your onward flight.

Prices include flights, transfers and accommodation, and are subject to availability. Flights from Heathrow - other departures also available, call for details.

4 nights Leela Kovalam
from £3325 per person

4 nights Leela Kovalam
from £3375 per person