Send us an
E-mail us

You’ll be met on arrival at Dubai airport and transferred to your chosen hotel for a three night stay. Finding the right hotel is as important as picking the right destination, so let our first hand knowledge of this destination help you do just that!

Spend the next few days exploring Dubai. The Downtown district of Dubai is the new city centre, with the iconic Burj Khalifa at its centre, the Mall Dubai - the world’s largest mall - next door and the Opera House also found here. Take in the fountains show each evening at the lake.

Return transfer to the airport for your onward flight to Colombo. You’ll be met on arrival at Colombo airport by your Car & Driver and taken to Habarana, where you’ll check in to your hotel for a three night stay. We have a selection of hotels available in the Habarana area.

Continue to your chosen beach hotel, where your Driver will say goodbye as they drop you off. Spend a few days relaxing on the beaches of Sri Lanka.

Return to Colombo airport by road, for your return flight to the UK.

2022 package holidays to Dubai & Sri Lanka Holiday prices are per person based on two sharing.

One of our favourite itineraries - start with a few days in Dubai before heading onwards to Sri Lanka, where you’ll explore this stunning destination with your own Car & Driver - flexible, action-packed and breathtaking. 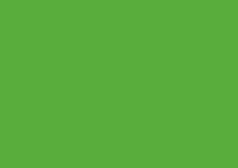