Send us an
E-mail

What to do in Eastern Cuba

Bayamo offers an interesting insight in to a typical Cuban city, while beautiful Baracoa is a charming historic town with idyllic palm-fringed beaches. The Sierra Maestra mountains dominate the area, and it was in this region that Fidel Castro’s revolutionary struggle gained a foothold. In the east, Camaguey boasts a picturesque colonial centre and is often visited en route to the east of the island.

Where to stay in Eastern Cuba

Hotels in historic Santiago tend to be in the old city – such as the colonial-style Casa Granda – or further out in the newer areas, such as the modern Melia Santiago, and the basic Las Americas. The Old city makes a perfect base for exploring on foot, while the more modern properties tend to offer typically modern facilities. Elsewhere, accommodation is more limited, although there are still some great places to stay. Don't expect high standards anywhere, though - as with most parts of Cuba, away from the main tourist areas, hotels tend to be basic.

Spend a few nights in Eastern Cuba as part of a longer trip to Cuba. Santiago combines well with the beach at Guardalavaca, and Havana. Hiring a car will allow you to get off the beaten track, and comes in to its own for visiting areas such as Bayamo and the Sierra Maestra mountains.

Historic Santiago is Cuba’s second city and has had a major influence on the Country’s development. More Caribbean in feel to Havana’s Latin atmosphere, the city centre is home to numerous important buildings worth exploring, while the City itself played a major role in Cuba’s struggle for independence. Elsewhere in the region, there are many places well worth visiting that don’t receive many visitors. 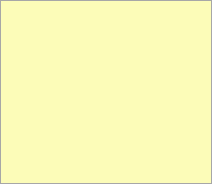 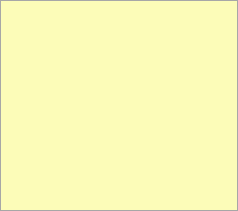 Mark, your guide to Eastern Cuba from Escape Worldwide.

Getting to Eastern Cuba

Direct flights serve Holguin Airport at certain times of year, which are ideal for beach breaks in Guardalavaca. For twin and multicentre holidays, both Holguin and Santiago De Cuba have connections to Havana daily.

Entry details (for British nationals) a Tourist Card (visa) is required for entry to Cuba, and these can be arranged as part of your holiday or via the Cuban Embassy. Passports need at least 6 months validity from your date of entry. Before you depart, check the latest travel advice at www.fco.gov.uk.